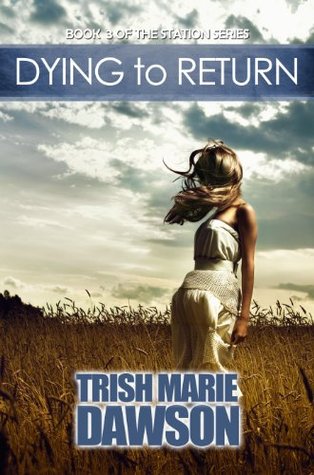 I’ve signed up for the free unlimited trial with Amazon. I have about a month of it so I’ve been working hard to fully utilize my time left. In the past week, I have finished three books and have started on another. Countless others sit waiting in rotation. Anyways, I finished the last book in The Station Series by Trish Marie Dawson and also finished Wounds of the Father: A True Story of Child Abuse, Betrayal and Redemption by Elizabeth Garrison. They were both similar and uniquely different from each other. First, the given is one is fiction and the other is an autobiography, but both have an focus with deep pain and the harsh realities of life. Both of the characters deal with it tragically with different results.

Limited summary to prevent spoilers for those in the class reading the first book: Piper’s adventure in the afterlife continues at the station. Piper both comes face to face with a dark past from earth at the station and starts to explore feelings she should have had when alive: Love. Truths of what the Station is becomes revealed to her and she must make challenging decisions that change the course of her afterlife forever.

*WARNING: May contain spoilers ahead*  The final book of the series kept me wanting to keep turning the pages much like the first two, but it had an entirely different feel to it. I believe it is because the truth of the station was revealed and was not at all what I was expecting it to be. Perhaps it is because I view the afterlife in a spiritual way and the book explained the afterlife in a sci-fi fashion. It wasn’t the big G-O-D man in the sky, but other life forms helping control the destiny of those in the afterlife. Once I got past that I was able to enjoy the developing relationships in the book even If I did not get the result I wanted, Piper choosing Rush. Piper made great points in debating between the two, Rush had seen inside her and still wanted her. Right there I thought she had made the choice to be with him, I was rooting for it. I feel like there could be another book to continue exploring the relationships, so I will be interested to see if the author, Trish Dawson writes the fourth. 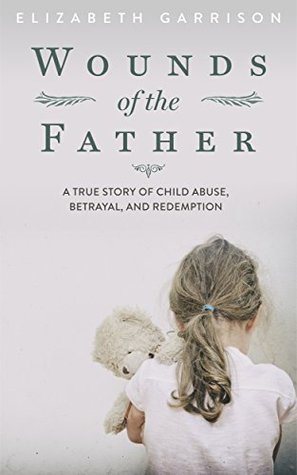 Elizabeth’s family looks like the perfect christian family. The wholesome god leading father, the submissive and caring wife and obedient children to boot. It’s all not what it seems and the truth is devastating. Her father is controlling and abusive with bipolar like qualities. He rules the house with an iron first and beats submission into each family member with an mixture of beatings and fear. Elizabeth tries her best to be good and obey her father and god but no matter what she does she cannot please either. Worse, the faceless man that sneaks into her room at night never seems to cease. As she ages, Elizabeth starts to spin out of control, using drugs to both take control and numb her pain. She sinks deeper and deeper into the lifestyle, finally finding herself as a ward of the state and placed into a series of treatment centers and foster homes.

This book was tragic and more tragic. As an reader you both wanted to shake Elizabeth hard and try to rescue her from her pain. As an parent, it’s difficult to read how close every person in this world is to becoming an drug addict. No matter how we raise our children, each person has the potential to become addicted to drugs. Yes, Elizabeth was lead into drugs by childhood abuse but there are those that have been lead into it by less. Just..Scary. The author really exposed herself in this both and she left nothing out, never trying to glorify her experience but truly writing about drug abuse as it is. This is a good eye opener to expose drug use and take that cool and glamorous factor away from it.

6 thoughts on “It’s Monday! What are you reading?”